I bought a few packs of the Pendraken Franco Prussian War range to see what they were like, the Guild Forum group build prompted me into action as it was something I’ve considering for a while. It was to be a start of a major project. 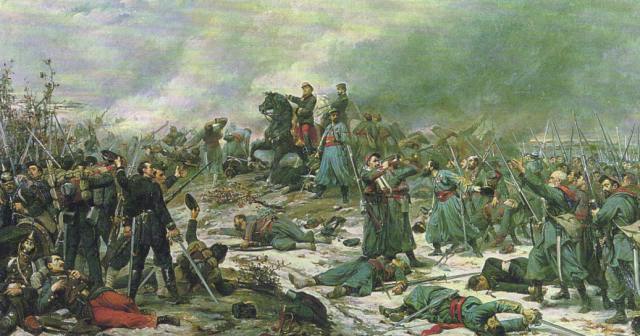 Unfortunately I won’t be taking it any further. Long story short 10mms and I don’t get on. I find them too fiddly to paint and they take too long to finish given the number I wanted to get. I should of really realized this after trying to paint some of Brain/ Count_Zero’s, I enjoyed the vehicles but not the men….

Quite where this leaves my gaming of the Franco Prussian War I’m not sure. The whole point of dropping from my usual 20mm to 10 mm was to get big engagements onto my 6 by 4 foot board. 6mm would be just more of the same and 15mm wouldn’t offer the same space savings that I need. I’ve got a few 20mm that I will keep to skirmish the smaller engagements- especially those involving the Franc- tireurs. Needless to say 25/28mm is right out. I’ve a board game for the war ‘Blood and Iron’ which should do to fill- in in the mean time- I’ll keep an eye out for any others too.

The other option is to game the FPW the way it was gamed at the time with the original Kriegspiel wars… this need more investigation, especially with regards to suitable maps. I’ll have another look as to what Too Fat Lardies offer.