Evan, Chris and Brian took on the roles of the Tank Commanders; see the previous post for the scenario details. Evan and Chris chose to take a IS2 tank each whilst Brian opted for a T34/85. After picking 2 attributes each for the tank commander (their respective ‘Star’ that represented themselves in the game) they generated the rest of the crew and accompanying tank riders. This done the first 6 foot of the game area was set up.

Looking down the table to the Soviet starting position. Evan’s tank took up the centre of the table with Brian on his left and Chris on the right.

The first 2 PEFs resolved were the mortar team and the Nashorn SPATG. Both were quickly dispatched, luckily the Nashorn didn’t even get a shot of as its long barreled 88mm gun was easily the most powerful gun in the game. Brian’s dismounted tank riders did for the mortar team with SMGs and grenades. 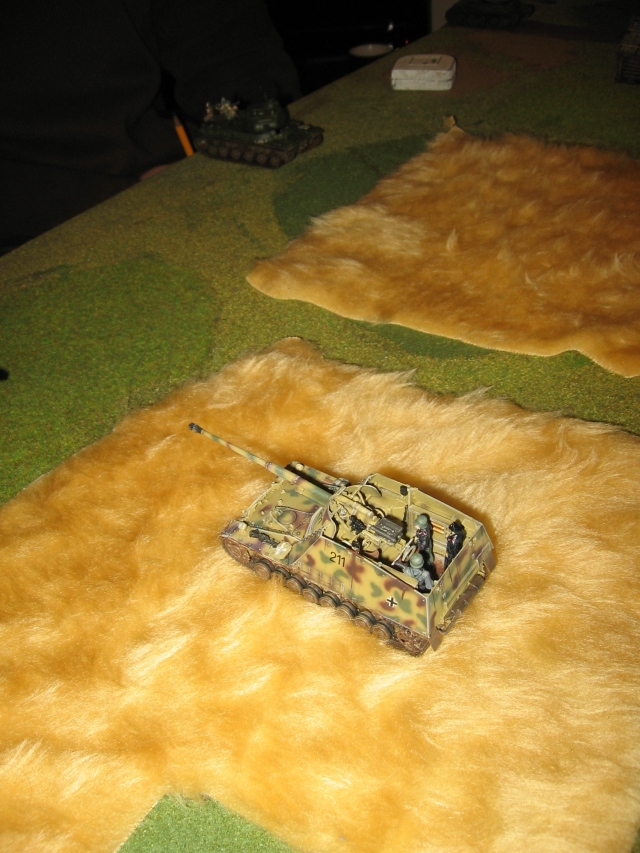 The after a false alarm the next German item of the table was a 105mm howitzer, fire from both Chris’ and Evan’s IS2s took it out easily enough.

At this point it was time to roll the terrain boards back and put out the next 2 foot slice.

You should be able to use the map in the previous post to follow how the table plays out. The white skull counters indicate an unspotted PEF. They were activated and moved according to the rules in NUTS!.

Things started to get a little more serious with the arrival of a PAK 40.

Here Evan and Chris are using the road to move up while Brian takes the left flank. 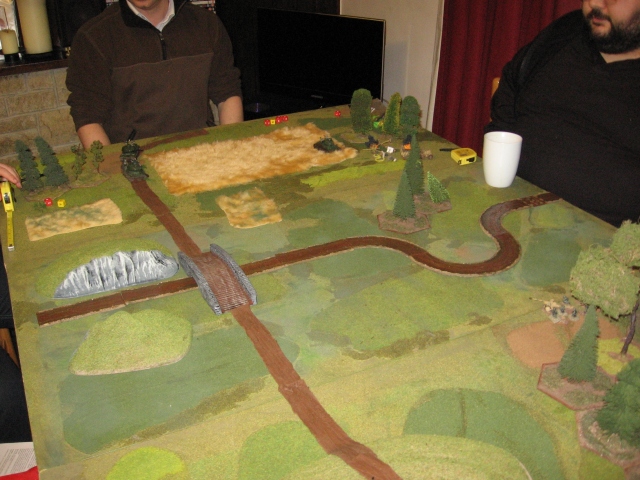 The IS2s on the road: 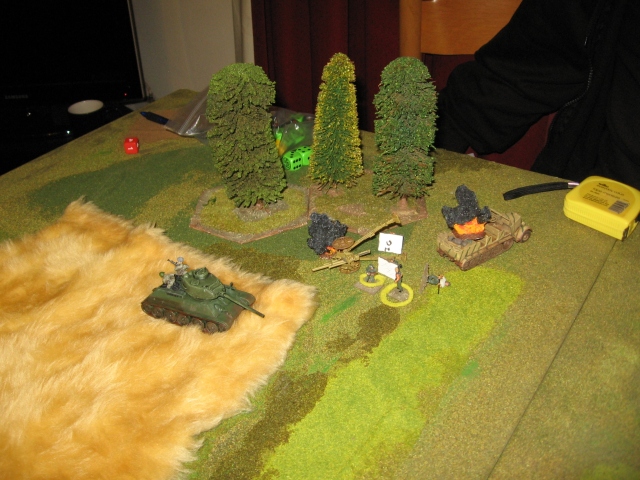 The next unit encounted was a HQ group in the edge of the wood- with no AT weapon and only being armed with rifles they spent all of their time cowering before being taken out.

The 2 IS2 tanks again- the orange marker is to show what sort of round has been loaded in to the main gun: 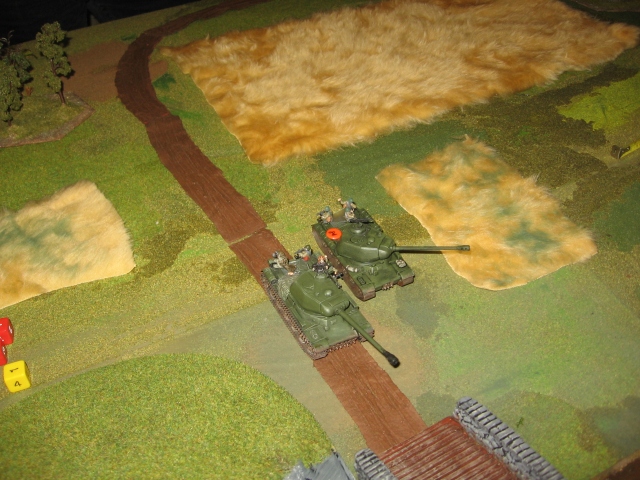 THe next slice of table is laid: the double skulls show that a PEF has split into two as per the rules: 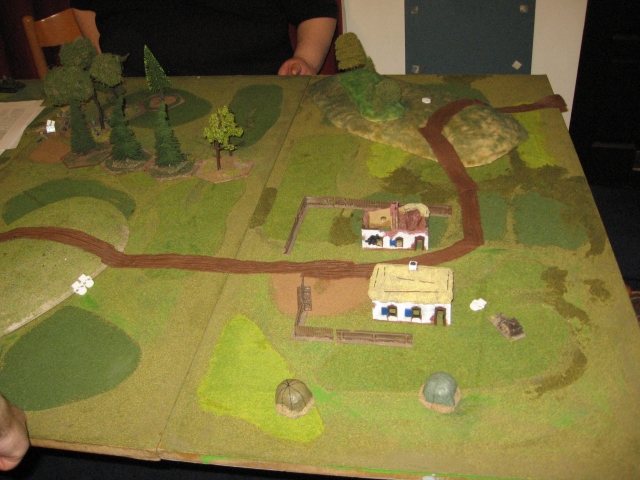