I’ve had a burst of productivity- not as sustained as I wanted but something is better than nothing in my attempt to reduce the lead mountain.

First up is a Dragon 1/72 NeuBauFahrZug ready for an action in Norway (I’ve no real plans for a Norway game, well hadn’t I suppose):

Then there is aBT42 to support my small Finnish forces for the Continuation War. It is an old WW1 ear British Howitzer shoe horned into a new turret on the old Russian BT chassis.

Now for something more modern… a group of Chechens I got from Under Fire Miniatures.

Also one of each of their packs of generic militia:

And finally a quick paint job on a Hornby house I picked up cheap: 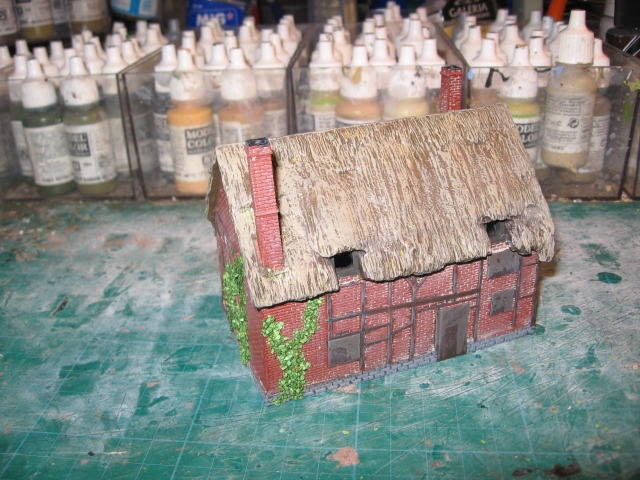 4 comments on “More bits from the Shed.”