Last week I managed to get a fair bit of gaming in so I thought I’d post them up.

Firstly Evan and Bill came over to mine for a game set in Chechnya played using my modern take on the Two Hour Wargames system. As it was a small scenario- a Russian truck has got stuck in a bad part of the area so a squad has been sent out to escort them to safety while two small groups of Chechens move in for the kill- we played it twice. However the pictures are from the first game only. Game 1 saw Bill and I take on Evan’s Chechens, while game 2 saw Me take on the role of the Chechens whilst Bill reprised the Russians. 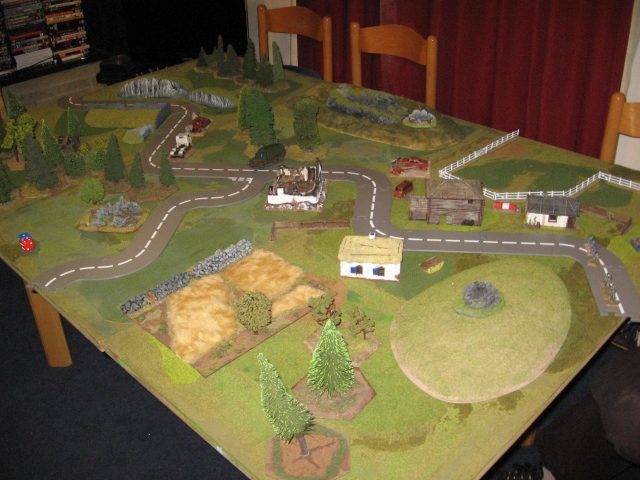 A view of the table from the Chechen entry edge. 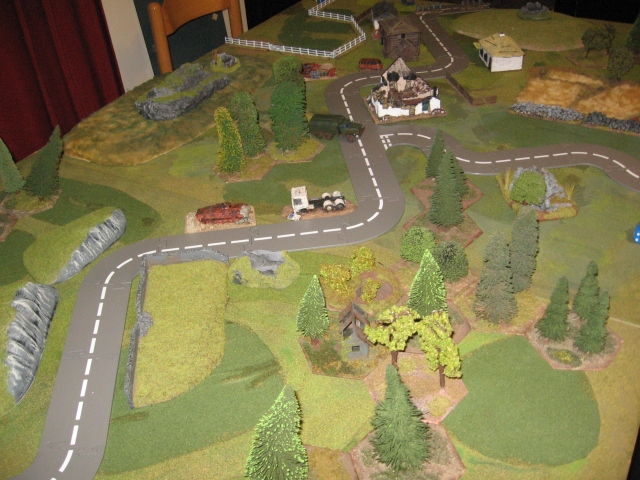 Again but from the Russian side- the green radio truck was the objective.

Russians advance to rescue their comrades. 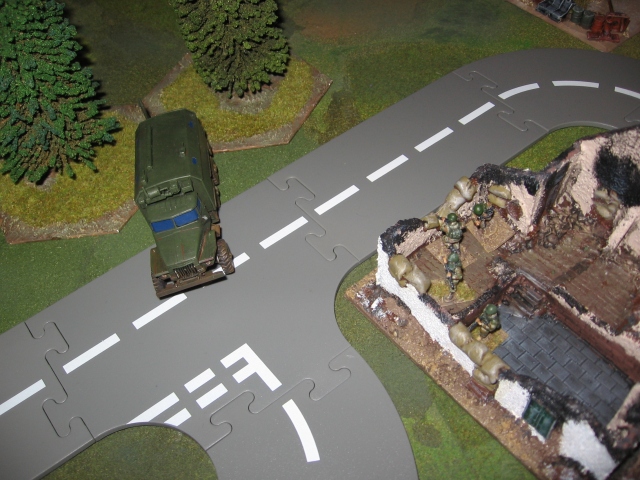 The truck crew hide in the recently fortified abandoned house. 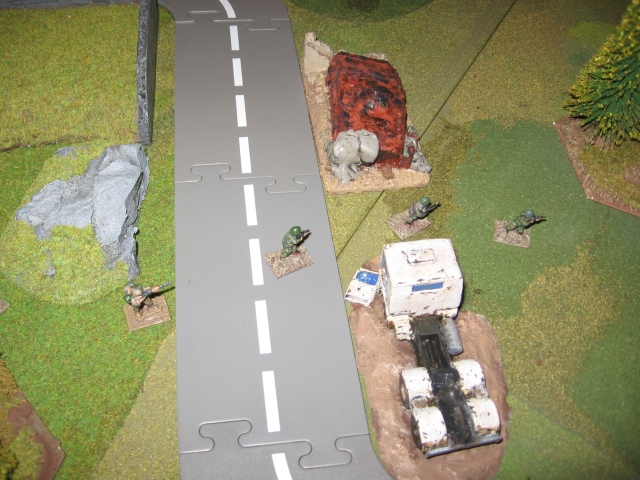 The Russians spread out as they close on their objective- passing between two wrecks. 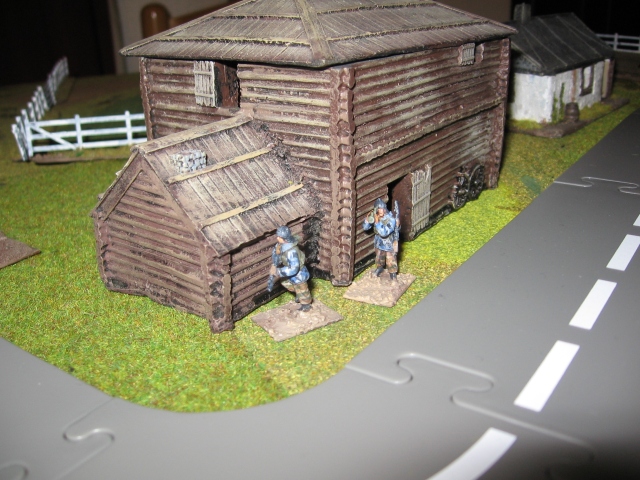 However the Chechens have moved up to blocking positions. 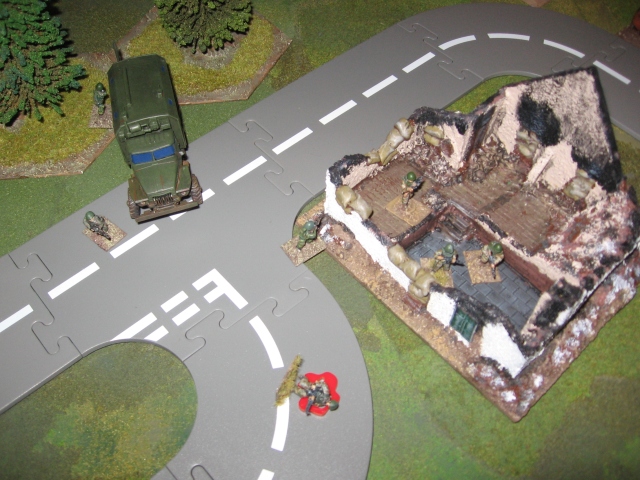 The first attempt for theRussians to leave the safety of the ruins met with disastrous results.

Long story short- a PKM is a powerful asset in any fire fight.

However some good shooting from Bill’s Russians even things up a little.

However Evan responded by moving up with grenades…

With predictable results. The first game was a clear win for the Chechens.

The second game was a little more balanced- both side took heavy casualties but couldn’t finish each other.

Secondly I went up to chez Evan on Sunday for a WW2 skirmish using NUTS!- this time a troop of three British Shermans has been isolated in a forward position and have to hold out until the infantry can move forward to support them, meanwhile German tank hunter teams close in. I played the Germans whilst Evan took on the Brits. It was also a chance for us to try out the rather nice large hills he has been making.

The table Evan had set up- the Shermans set up in the walled farm and their reinforcements entered on the far edge.

The set up positions of the Shermans- trying to cover as much ground as possible- there were a few dismounted crew men covering the blind spots.

A STUGIII moves forwards to duel with the Sherman Firefly- unsurprisingly it came off worse. Due to the random deployment of the Germans I went with what I had rather than trying to reposition and expose a flank.

On the positive side my Panzerschreck team found its target and brewed up a Sherman.

Whilst redeploying to meet the threat of the PanzerSchreck the Firefly looses its commander to a well placed K98 bullet. 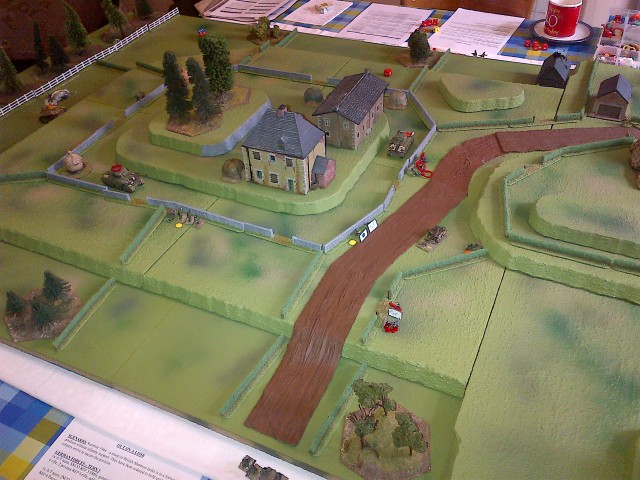 Then the same Firefly had its tracks shot out by a PanzerFaust. We called the game there as the Britis infantry were advancing on to the table. My attacking infantry had taken heavy losses but had KO’d on Sherman, immobilized a second and killed 2 other crewmen. A close thought game that swung back and forth.

Given real life stuff… blah blah… you know the story… I’m massively behind on posting up my battle reports so I’ll drip feed them out based on whim so watch this space.

4 comments on “The two games of last week.”