As request by Chris here are the photos of the remains of the Mulberry Harbour at Arromanches; Dad and I visited on the Tuesday of our holiday.

When we arrived the tide was fairly high up the beach but the remains of both the breakwater and the pontoons were still visible.

We took a quick look on the beach to get a bit closer.

We then took a wander around the other outside exhibits before going into the museum whilst the tide receded. 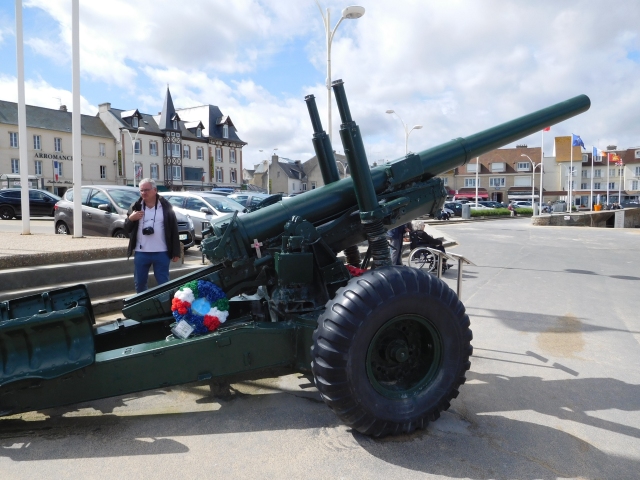 A 5.5 inch gun- there are quite a lot of these preserved around Normandy. 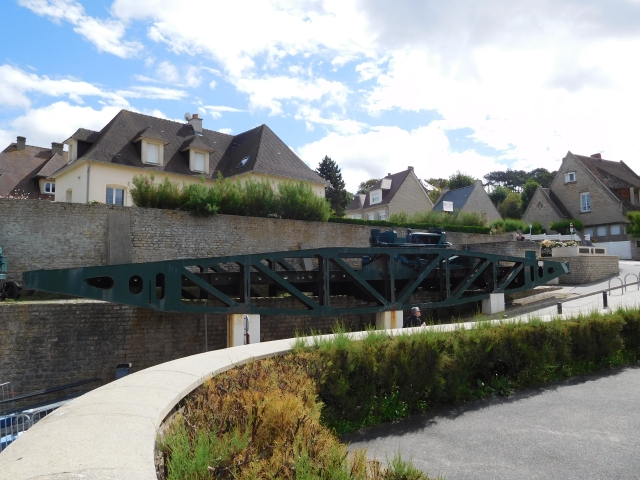 A section of the roadway that linked the pontoons with a little bulldozer on top. 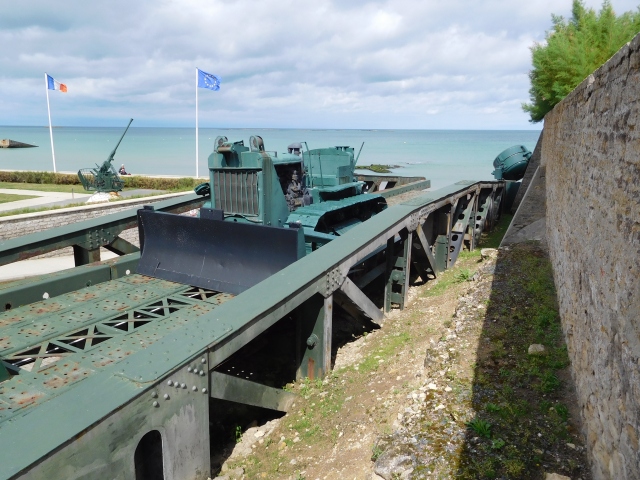 There is a gun emplacement up the hill from the port with a Sherman on top of it which gives a nice view of the bay so we took a walk up there.

We then went into the nice little museum at Arromanches.

Inside was the usual combination of models and artifacts; the former were difficult to photograph as they were under glass.

By the time we had gone round the museum and watched the short video presentation in there the tide had gone out further revealing more of the Mulberry harbour. 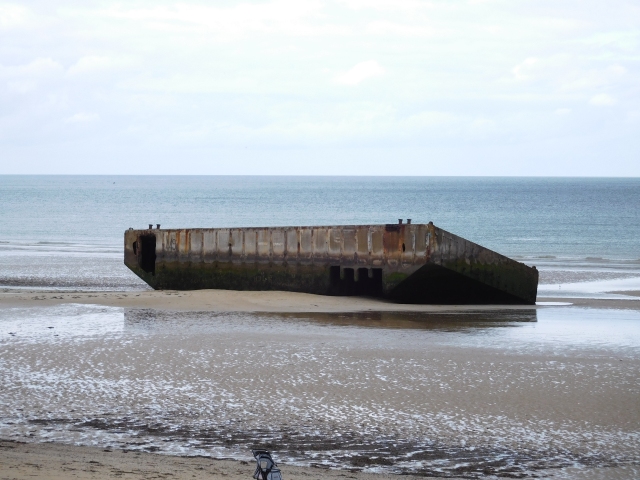 The heart wasn’t my work btw.

Next Dad and I popped a couple of miles up the coast to see the gun battery at Longues Sur Mer but I’ll save that for another post.