Bill at Under Fire Miniatures [clicky] was generous enough to give me some his new 28mm castings to paint up. Expanding upon his initial Cold War releases for the Germans both East and West he has brought out some Russians in the classic 1970s/ 80s khaki uniform.

The job lot painted up. Plenty to run some small skirmishes with the previously seen West Germans.

At Bill’s request I photographed the figures in the packs that you buy them in. Here with have the PKM pack.

The platoon HQ pack with and SVD armed Marksman. 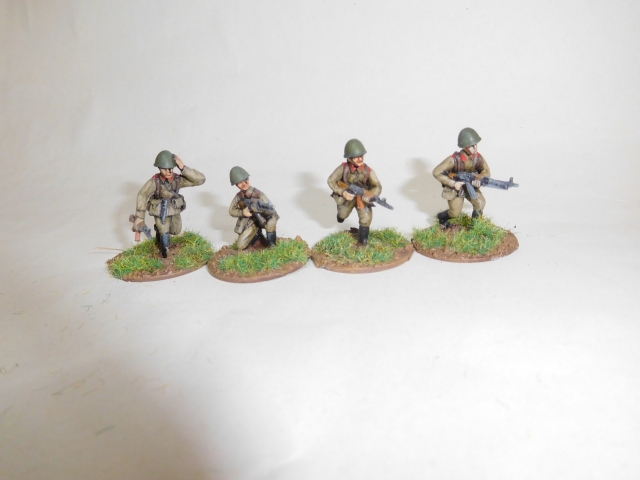 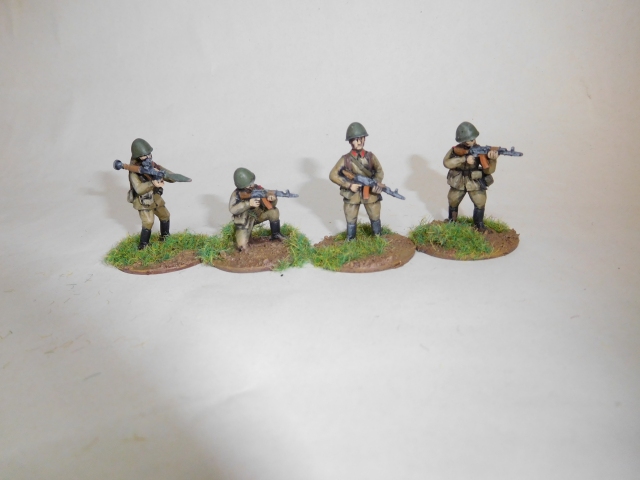 Finally a pack with 1 RPG7 and three riflemen with AK74s.

Painting was done with Vallejo acrylics. The main uniform was Green Brown, Webbing was Khaki and Leather Belt with the NBC pouch in Canvas, the helmet was Russian Green lightened with a little bit of Yellow Olive.

Many thanks to Bill for the figures.