I know that in some circles ‘What if?’ get a bad press (and certainly in the case of the Nazi fan boys obsessing about Maus tanks it is justified) but I’ve always been drawn to them. I think thios is because know why something wasn’t used tells you a lot about why other things did get used. I find that knowing about what technological blind alleys were peered into fascinating. Like my old math teacher said don’t go straight to the answer, show your working out…

On that theme here are a few vehicles that didn’t really exist (in one case) or see service (in an other) that I’m looking forward to adding into my 6mm Cold War games of 5core: Brigade Commander. [Edit- both models are available from Scotia ] 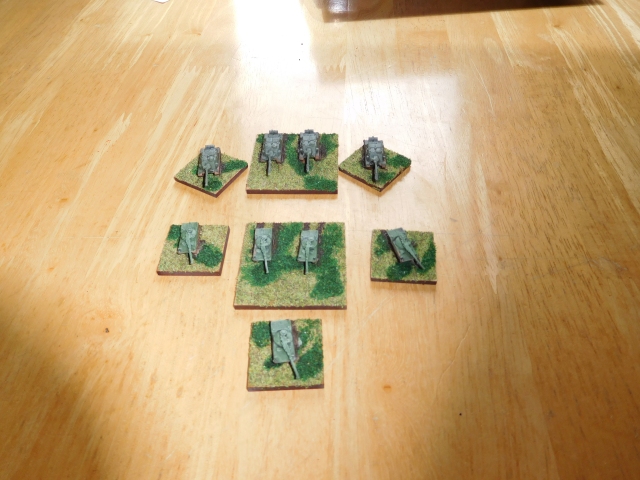 First up we have some 130mm Russian self propelled guns. These ‘existence’ of these were first revealed to the west by the controversial Cold War defector Viktor Suvorov who made a career of exaggerating the strength and martial prowess of the Russians.

Supposedly they were to equip Motor Rifle Division to give them some long range firepower. (In fact a similar vehicle was made in the 1950s in very small numbers the Su-122-54. There is a very good article in Armor if you can find a copy). Either way a copmany or a couple of supporting platoons are now available for my Soviet forces.

Secondly, and most importantly to Twilight 2000 players, we have the I mean, RDF light tank. This little thing was a possible US Army acquistion as an air transportable light tank; it was armed with a long barrelled high velocity 75mm gun.  Although the project got to prototype stage  it progressed no further. 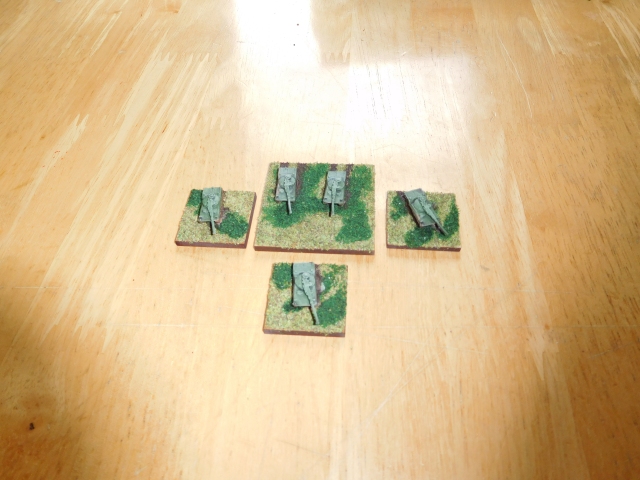 Again, I got enough so that I can field either a company or supporting platoons.