Just before the social distancing and lockdown came into effect here in the UK Evan and I tried the Aeronautica Imperialis stater box that I got for xmas. Having painted up all the aircraft in it I was keen to give it a go, Evan is always keen on any sort of air war game too.

We started off with simply one aircraft each; I took the Ork Dakka jet whilst Evan went with the Imperials. Getting the hang of the movement rules was easy enough and the shooting is simple to resolve. That said the Ork plane was shot down pretty quickly.

We then upped the numbers with Evan having both Imperial fighters whilst I took three Dakka jets. Whilst they can dish it out the Dakka jets have a glass jaw so it was another Imperial victory. 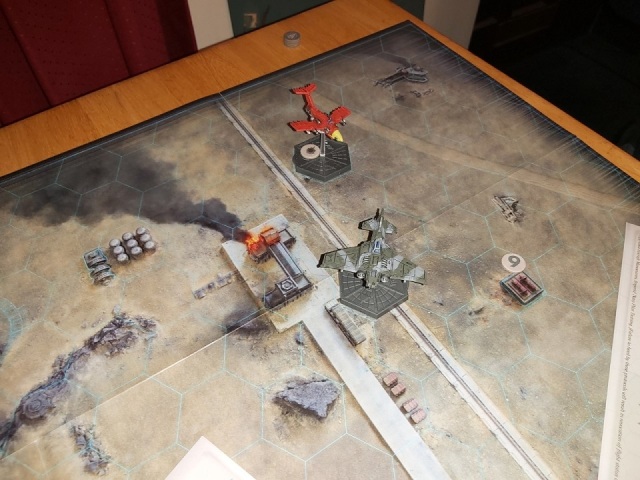 For the third game Evan took one bomber, with the mission to cross the table and escape, whilst I retained the three Dakka jets (I couldn’t help but reference the WW2 dogfight between a Sunderland and 3 JU88s in the Bay of Biscay here). With the last possible chance I managed to get the bomber shot down having whittled its hit points away one by one.

We managed all three small games in about 2 hours, just shows how quick to pick up the game is. Both of us really enjoyed it, I’ve picked up the expanded rules/ campaign book so wer’ll definiately be playing it again.