I went to see the perimer of the Peter Jackson film ‘They Shall Not Grow Old’ a couple of weeks back; if you haven’t heard of the film please look it up. Technically amazing and a very powerful piece of cinema. When it goes on general release I highly recommend you to go and see it.

I was inspired, partly by the film and mostly because I wanted them for a scenario, to dig out my small collection of WW1 figures and paint some up.

This small unit of 20mm BEF troops from 1914 are from Lancer Miniatures clicky and are mostly armed with rifles barring the few command figures that go with them. 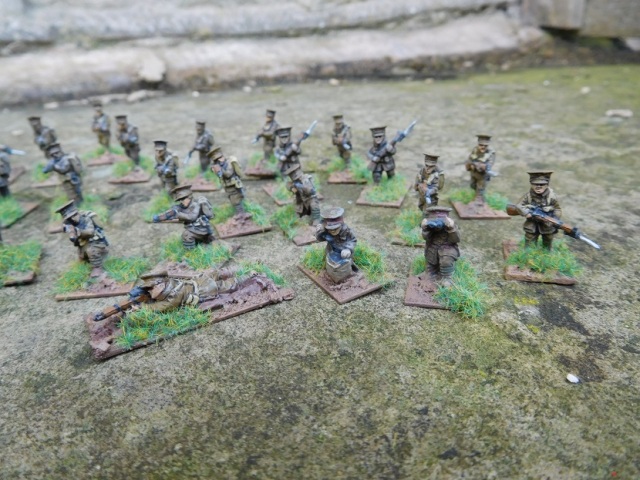 The figures have plenty of character and painted up very quickly using my standard techniques. Now I just need to get all the German opposition painted so I can game out the opening phases of the Great War.